A Message from Our Kahu 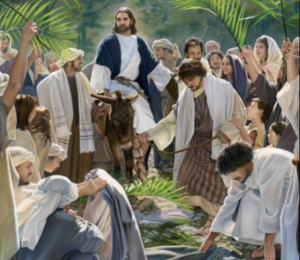 A very large crowd spread their cloaks on the road,

and others cut branches from the trees

and spread them on the road.

The crowds that went ahead of him and

that followed were shouting,

“Hosanna to the Son of David!”

In my message on Palm Sunday, I talked about what was going on as Jesus entered Jerusalem on a donkey while people shouted “hosanna.” That word comes from the Hebrew word which means “save us now,” or “save us, we pray.” As Jesus moved toward the temple, the symbolism would not have been lost on Matthew’s first readers. The temple held the power in the land—not just religious power, but political and economic power as well. Those who were leaders in the temple were servants of Rome. This is significant, as Warren Carter explains in his book Matthew and Empire, because Matthew’s Gospel presents Jesus as the courageous and clearly-focused man who squarely looks at the authority of the Roman Empire and cries out a resounding “no” to all that it stands for—including its underlying values and privileges, its politics and its economic structures—and then presents an alternative vision for the world. According to Rome, there were certain people who mattered and others who were expendable. Throughout Matthew’s Gospel, we see Jesus proclaiming that everyone matters.

Matthew is suggesting that Jesus was there to save people from the empire, including its values, structures, and the false assumption that some people matter and others do not. Furthermore, as Jesus enters the temple (according to Matthew, the first thing Jesus does when he dismounts the donkey), he overturns tables and casts out those participating in an unjust economy. He does this to make room for those for whom the temple was built: those who wish to pray, those who want to see, those desiring to be healed and made whole.

During these strange days of isolation and sheltering in place, please know that you matter to God. I invite you to let someone know today that they matter too. You can do this with your words and your actions.

I invite you to view the video of Sunday’s worship service to learn more.

I look forward to our next online worship service on Easter Sunday! 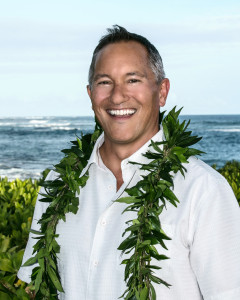 “A Message from Kahu Alan Akana” is provided most weeks by Koloa Union Church, an Open & Affirming (ONA) congregation of the United Church of Christ (UCC), a member of the Kauai Association and Hawaii Conference.

To see a video of a recent message by Kahu Akana, click HERE. You may see the Koloa Union Church YouTube channel to see many of his past messages and subscribe in order be notified when a new message is posted. Please share these videos with friends and invite them to church. Please feel free to “Like” any of the videos you see and share them on social media, such as Facebook, so that others will notice them.

Kahu Akana is also an accomplished artist! He specializes in creating vibrant watercolors of the flowers of Hawaii and hosts a Sunday afternoon reception in a gallery at his home, the Smith Memorial Parsonage. He also meets visitors by appointment. Most of the profit from the sales go for the maintenance and upkeep of the parsonage. To see a video about his art and gallery, click HERE. To see the gallery website, click HERE.