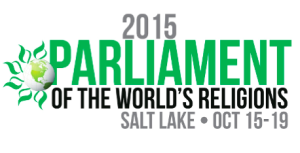 PARLIAMENT OF THE WORLD’S RELIGIONS

I returned Wednesday evening from a week in Salt Lake City at the Parliament of the World’s Religions. On the first day of the conference, I immediately recognized Tibetan Buddhists, Hindus, Jews, Muslims, Hare Krishna’s, indigenous people of the American Continents, and a myriad of other persons of faith for whom I did not yet have names. I spent five full days attending plenary sessions, workshops, movies, and discussion groups, as well as visiting booths and exhibits. I also had meals with old and new friends. By the end of the conference, I felt that my eyes were opened to the fact that all of the religious faiths and traditions which I encountered seem to have a lot more in common than I ever realized. We all want to operate from a place of compassion. We all want to protect the Earth so that she will be around for many generations to enjoy. We all want people to live with dignity, security and hope, and without hunger, oppression and injustice.

For the next few weeks, I will share on Sunday mornings some of the details of my experiences at the parliament. This Sunday, I will share about the message from Jane Goodall—my favorite speaker of the week! She has spent her entire life opening her eyes and watching, and by the simple act of observing, she has been filled with compassion for animals (including humans!) and the entire planet. We know her primarily from her work observing chimpanzees as a trained primatologist, but there is a lot more to her life than that! Her message cuts across religious lines and gets to the heart of some of the most important issues of our day.

I invite you to join me during the next month as I share the highlights of the Parliament of the World’s Religions!