“For where your treasure is, there your heart will be also.” (Luke 12:34)
On Sunday, we took a look at Jesus’ parable in Luke, chapter 12, where a wealthy farmer had a harvest of such abundance that he tore down all of his barns and built brand new ones in order to store all of his grain that year. Since Luke painted a backdrop of peace for the story he told of Jesus’ life and teaching, we looked at the parable through the eyes of peace. In this context, Jesus didn’t condemn the farmer for his wealth or his success. However, he did condemn him for not sharing it with the poor and hungry, for amassing great wealth at the expense of others, for considering himself as the only actor in the story, and for the audacity of thinking that he could now determine what was required for the contentment of a soul.
At the end of the parable the man dies and ends up bringing nothing with him to his death and leaving nothing of value behind. The clear message is that we should spend as much time as possible during our lives creating things of value, things that bring great contentment to our souls and to the souls of others. There is nothing wrong with money, wealth of possessions. However, if those things are all that we have, then we are missing the whole point of life. Let us consider creating, building and sustaining things that will last long after we are gone, such as our relationships with loved ones, outreach to people living on the margins of society, our church community, other organizations that make a positive difference in the world. When these things are the focus of our lives, our souls are rich and the purpose of our lives is seen even for many, many years after we are gone.
So let us commit our lives to treasures that last!
Aloha nui loa!
Kahu Alan Akana

“Above all, clothe yourself with love” (Colossians 3:14)

On Sunday, we took a look at an often misinterpreted passage of Scripture in Colossians, chapter 3, where the writer of the Letter to the Colossians told his readers to “seek the things that are above” and “set your minds on the things that are above, not on the things that are on the earth.” Without reading this passage in the context of the entire letter and what was going on in the church and culture at that time, it would be easy to think that we should all focus on heavenly things and ignore all that is material or earthly. However, the writer has spent two chapters explaining that the fullness of God dwelled in Christ’s body and Christ is in us—carrying the fullness of God into our own bodies. Now in chapter 3, he writes that “Christ is in all.” In other words, Christ is alive and present on the earth and infuses every part of it (including every human being) with the fullness of God. What we learn in Colossians is that the earth is good, as is all of her inhabitants.

Therefore, we ought to put on love—and Christ is love incarnate. What the author means is that we should first strip ourselves of anything that is harmful to the earth or any of her inhabitants and then put on all that Jesus stood for during his life so that when others look at us, they see Christ. The author was in no way giving his readers permission to ignore the earth or her inhabitants. He was not giving them an “out” in terms of their responsibilities as stewards for the planet, their bodies, their community, and the well-being of others. “The things that are above” are all the things we do and think and say that which honors all of creation. So let us put on love and take care of ourselves, our planet, and all that is on it. 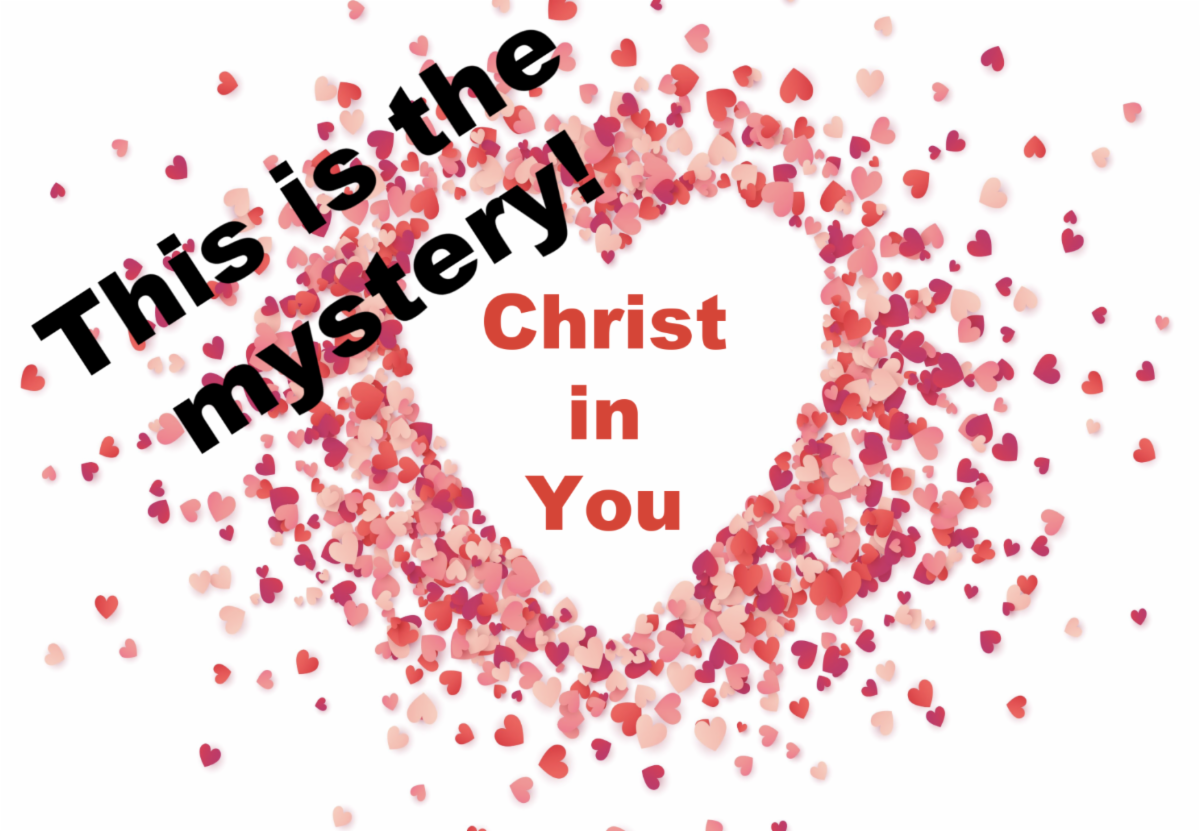 A Message from Our Kahu

“The riches of the glory of this mystery, which is Christ in you” (Colossians 1:27)

On Sunday, I invited the congregation to consider the great mysteries of the universe. It seemed especially pertinent since so many of us had just viewed some of the new and amazing images of the universe from the James Webb Telescope which were released to the public during the previous week. It was mind-boggling to see so many galaxies in a small photograph and also to know that the photographs represented just a pinprick of the sky. With trillions of galaxies out there in space, each with billions of stars, there is no question that mystery is here to stay. There will always be more that we don’t know than all that we do—and that goes for God as well as the universe!

On Sunday, I told the congregation that this past 4th of July was hard for me to get into the spirit of the holiday. Early in the day, I heard the news about the tragic mass shooting at the Independence Day parade in Highland Park, Illinois. I had spent close to a year there consulting a church with their capital campaign. The former mayor of the town was part of the campaign leadership team, as were other community members. Although it has been nearly 20 years since I was there, I knew that some of those people with whom I worked rather closely would have been at the parade last week. I wondered if any of them were shot. I wondered if any of their family members were killed or injured. I wondered how many funerals they would be attending in the days to come.

To be completely transparent, most of the news these days has been very difficult to hear. I almost dread turning on the radio to NPR every morning. So much of what our country promotes regarding independence and freedom these days seems the opposite of what our founding fathers would have wanted and certainly different from what Jesus and his early followers taught about freedom.

We began this week diving into the Letter to the Colossians and we find in the opening chapter 4 themes that help us both to figure out what freedom meant to Jesus and also how to cope with national politics when so many of our leaders who claim to be followers of Jesus seem to not be following him at all.

I encourage you to spend some time reflecting on these four themes—in terms of how they help you to define true freedom and also how they might help you determine a role you might play in helping our society to overcome and end inequality, racism and injustice. May these themes guide us and may they sustain us and help us to thrive as individuals, families, communities and as a nation. 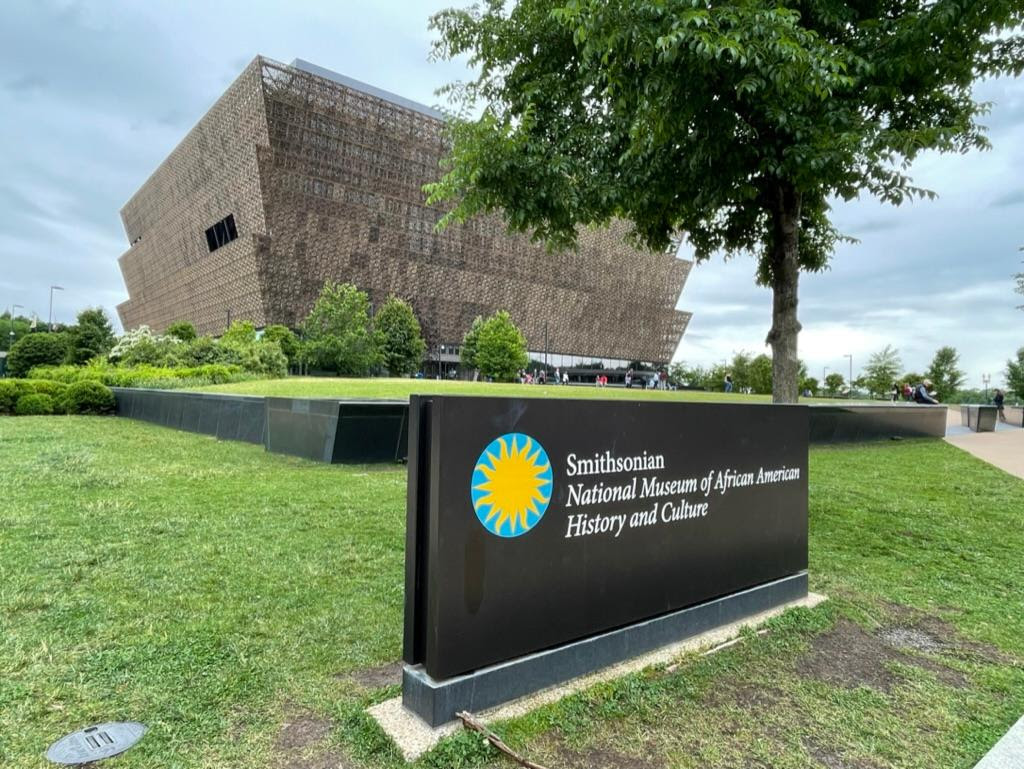 On Sunday, I shared with the congregation about my time in Jamestown, Virginia, where the first slaves from Africa arrived in 1619 on soil that was to become the Unites States. I also shared some of my written reflections regarding my visit to the Smithsonian National Museum of African American History and Culture the day before. I visited both of these places just a few weeks ago while I was on my study leave. The massive Smithsonian building is in the shape of a slave ship with four stories above ground, which focus on heritage, community and culture, and three levels below ground focussing on history. I was with my friend David, who lives in the D.C. area, and we were told that it is best to start at the very bottom level and work our way up.
Suffice it to say that by the time we got to the ground level, I was emotionally spent. There is so much sad history in our nation as well as so much perseverance, drive and hope! However, a person can only take in so much emotional trauma and hope at once, and so David and I decided that we would each have to return to the museum at a later date in order to see the four stories above ground!
One of the things I learned at the museum was that Juneteenth has been celebrated by African Americans since June 19, 1865, when news of the end of the Civil War came to Galveston, Texas, the final location in the American South where slaves were freed after four long wars of bloody battles for their freedom. Last year, President Biden signed the Juneteenth National Independence Day Act into law, thus making June 19 a federal holiday. It is a day for Americans to reflect on the importance of freedom for all people and to recognize that freedom has come to us at great cost of blood, sweat and tears. Our nation has made great strides toward equality and freedom since the end of the Civil War, but I have no doubt that we still have a lot of work to do in order for freedom and equality to fully work their way through all segments of our society.
The Apostle Paul wrote in his Letter to the Galatians, “There is no longer slave or free…for all of you are one in Christ Jesus.” To Paul, the Gospel meant freedom, and he knew that there were many forms of slavery in human life and community. May we all live free and do whatever we can to ensure that everyone lives free in our nation and in the world. 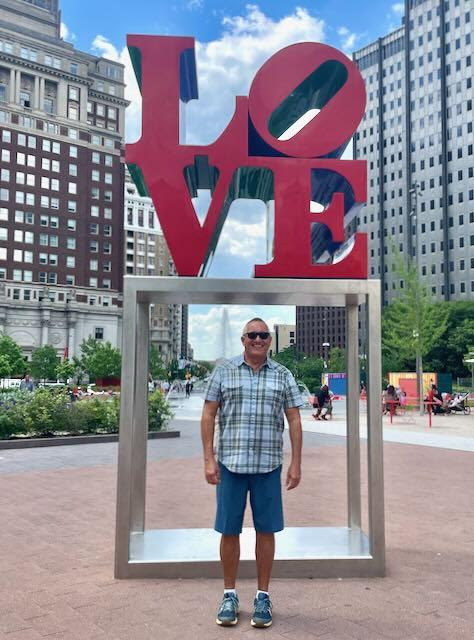 It has been an amazing three weeks on the East Coast! The highlight was the wedding of my son Palani to Isobel Mifsud in New York City! The wedding was beautiful, and it was so nice to gather with family and friends, and finally meet Isobel’s parents and sister who flew over from England! From there I took a train to Philadelphia to see the sites for a couple of days and then onto the D.C. area for an entire week. I then drove in a rental car to southern Virginia to see more historic sites and also visit the Norfolk Botanical Garden where they will feature my art when they celebrate the opening of a state of the art conservatory that will feature tropical plants and trees! On my final day, I took a leisurely drive through Maryland and Delaware to catch my flight home from New York.

Except for NYC, it was my first time to visit these places. There was a lot of history to take in from all the museums, monuments, statues, battlefields, historic homes, and so much more. I look forward to sharing some of my thoughts on Sunday mornings during the coming weeks, especially from my time in Philadelphia and D.C. One thought in particular that stands out to me is that there are many ways to be a democracy and even more ways to structure a government—and some of those ways are certainly better than others.

Let us discover together how we can be filled with the Spirit and honor the life and teachings of Jesus!