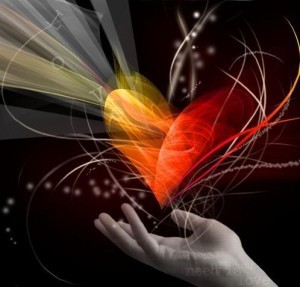 “A Gift Rising from the Chaos”

On Sunday, I shared several stories about the chaos that we sometimes encounter in our lives. We’ve all been there, and probably not for the last time. We look within us and all around us, and things that once made sense no longer do; these times are often accompanied by darkness, confusion, uncertainty about how to move forward; and we might even wonder, “What good can come out of this?” And yet, there are often amazing gifts that rise from chaos. This is a theme throughout the entire Bible, beginning with the very first chapter where God created the gift of the universe out of chaos.

One of the stories I shared was about a very special gift given to a girl named Anne on her 13th birthday, exactly 75 years ago (June 12, 1942). It was a diary, in which she began writing almost immediately. For the next two years, her family hid from the Nazis in a secret annex above her father’s place of business in Amsterdam. Those two years were extremely difficult, but nothing compared to what happened to Anne, her family and the others who were hiding in the annex: they were all taken to concentration camps. Anne, her sister and mother all died in the camps. Miraculously, her father survived and later came across her diary. That book, The Diary of a Young Girl, by Anne Frank, has become one of the most beloved pieces of literature of all time. What a gift it was to the world, not only to see inside a young girl’s heart, but to see the effects of human cruelty and to learn from them.

Another story I shared was about one of Elie Wiesel’s final nights in a Nazi concentration camp. The war was coming to an end as Russian troops were gaining ground and Nazi guards began piling Jewish bodies, dead and alive, on top of each other. Elie was on top of his young friend Juliek. Somehow, Juliek slipped out from underneath Elie and began playing a moving piece by Beethoven on his violin. When Elie awoke in the morning, he saw that Juliek had been killed and his violin crushed to pieces. However, many years later, he wrote of the special gift of that song on a very dark and scary night.

Although the chaos we experience might seem mild or even insignificant compared to the chaos of Anne Frank and Elie Wiesel, the very important lesson I learn from these stories is that there is always the possibility that an amazing gift can rise out of even the deepest and darkest chaos of our human experiences. I encourage you to look for the gift when you are in the midst of chaos…and to be the gift-bearer and even the gift for others in their times of chaos.

Videos of Kahu’s sermons are uploaded onto YouTube most weeks. Please share these videos with friends and invite them to our church. You can also subscribe on YouTube ; that way you can receive a notification when a new sermon is posted.