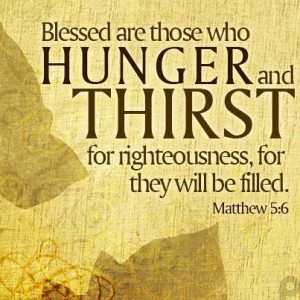 On Sunday, I shared in my sermon the story of Maria. She was a young woman running a soup kitchen for children in her village in El Salvador. According to her government, she was helping people who should be helping themselves, so they labeled her a communist and placed her on its notorious “hit list.” When friends warned her that she would be shot in the very near future, she left her village in the dark of night. For weeks on end, she traveled at night and hid during the day as she traveled north. After nearly 3,000 miles, she arrived at the U.S. border and applied for legal entrance via the 1980 Refugee Act, which guarantees admission to refugees who have a “well-founded fear of persecution” because of their religious or political convictions. Like 97% of the people in her shoes, Maria was denied admission into the United States. She knew if she returned to El Salvador, she would be killed the minute she arrived, so she entered the U.S. as an illegal immigrant. Fortunately, there were churches here who helped her.

I also shared the story of Ahmed. He fled his country of Syria with his family because he knew they would likely all be shot if they remained. He led his eight family members out of Syria to Libya where they were told they could catch a boat to Malta. When they arrived in Libya, they were locked in a stable on a farm for weeks, while their guides waited for more refugees to arrive. Eventually, the guides told Ahmed that there were enough refugees to make it “worth their while,” but it would cost an extra $3,000 per person for rent and food for their “unexpected” stay. Even though that money was about all his family had left, they forked over their life savings and climbed aboard a boat that was hardly seaworthy. While drifting toward Malta, the refugees realized that their guides were following them. They soon opened fire on the refugees, killing most of them and causing their boat to sink. Miraculously, Ahmed lived through the ordeal and made it to Malta. All of his family members died at sea. Fortunately, there were people in Malta who helped him.

Today’s refugees are certainly among those who hunger and thirst for righteousness, for justice, for making things right. Jesus said that they are blessed and that their hunger and thirst would be filled. He also said that when we feed the hungry, give water to those who are thirsty, and welcome the stranger, we are doing those things for Jesus himself. I can only wonder if Jesus was thinking of his early years as a refugee with Mary and Joseph when they fled the Middle East and traveled to North Africa as strangers.

There are millions of refugees in the world who hunger and thirst for righteousness—some 5 million from Syria alone. The numbers are so big, I often have a feeling like there is very little I can do to make a difference. I suggested that there are four things that we can do:

Whatever it is you decide to do, remember the words of Jesus from Matthew’s Gospel, chapter 25: “Just as you did it to one of the least of these who are members of my family, you did it to me.” May we show compassion to all, just as Jesus did.

Click HERE to see a video of Sunday’s sermon. Videos of Kahu’s sermons are available most weeks. Please share these videos with friends and invite them to church. You can also subscribe on YouTube anytime you watch a sermon; that way you can easily watch any past sermon and even receive a notification when a new sermon is posted.