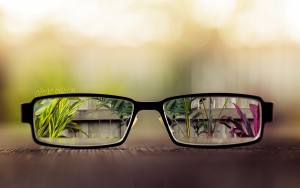 Seeing What Is Right in Front of You

In his best-selling book Blink, Malcolm Gladwell tells the story of Julie Landsman and how she successfully auditioned for the role of principal French horn at the Metropolitan Opera of New York (known by many simply as “The Met”). It was the first year that there was a screen between the judges and the musicians who were auditioning for the orchestra. The decision had recently been made that the judges should pick the winner based solely on the sound of the music and not by the appearance of any musician. It all started when someone wondered if they were showing partiality based upon appearance, and maybe even allowing unknown prejudices to keep them from actually hearing the quality of the performance alone.

When the judges unanimously declared Julie Landsman the winner for the top spot for the French horn and she stepped out from behind the screen there was an audible gasp! They gasped in part because they were expecting a man. In fact, all of the judges thought they were listening to a man playing rather than Julie Landsman. At the time, there were no women in the brass section of the orchestra, because everyone “knew” that women could not play the horn as well as men…. and female horn players were rare.

However, there was another reason why the judges gasped. It wasn’t just because Julie was a woman.  It was also because they knew her! She had played for The Met before as a substitute, and it became apparent that they never heard how great she actually was because she was a woman. Until they listened to her with just their ears, they had no idea she was that good.  As Gladwell describes it, the screen created a pure Blink moment, and a small miracle happened: they saw her for who she truly was…and they heard her for her expertise and talent for the very first time.

When I read this story, I had to wonder how often I may not see something right in front of my face or how often I may not hear something that is actually loud and clear simply because of  prejudices, presuppositions or expectations. On Sunday, we took a look at some of those things that get in our way of seeing and hearing clearly. As we took a look at some of Moses’ final words to the people of Israel, it became apparent that Moses provided a Blink moment for them when he told them that God was not up in heaven or on the other side of the ocean, but right in front of them and inside of them; and because God was right there, the people could do things such as love God, walk in God’s ways and choose life!

During this difficult summer of mass shootings in the U.S., I imagine how things might change for us if we actually come to realize that God is right here in our midst…and within us…and within each and every person…and because of these things we open ourselves up to loving God, walking in God’s ways and always choosing life.

Whatever it is that gets in your way of seeing clearly, I invite you to be open to the possibility of Blink moments in your life: moments when you see something clearly for the first time.

Join us at 10:30 on Sunday mornings at 3289 Poipu Road in Koloa to hear a full sermon by Kahu Akana.

News of the Church

Successful Church Work Day, Saturday July 2
At one point, there were 40 of us cutting sod pieces, digging holes, planting grass, digging trenches! More than 6 hours later, the entire front yard was planted, lawn edging was in and lunch was served! Thank you to all who helped! We could not have accomplished so much without everyone’s help. 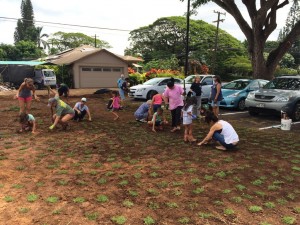 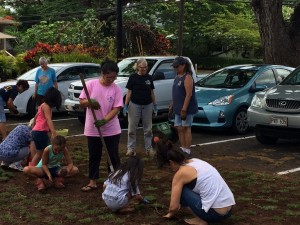 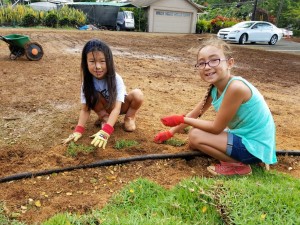 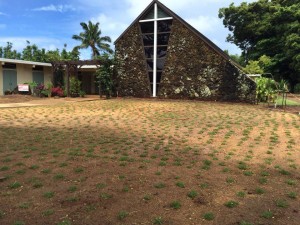 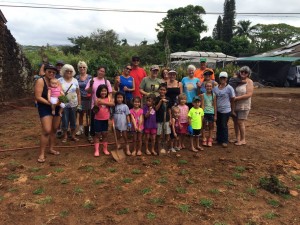 Koloa Plantation Days Open House at the Smith Memorial Parsonage on July 25, 4 – 6 p.m. part of the week-long festivities! Kahu Akana will talk about our church and parsonage, the Smith-Waterhouse legacy & cemetery and the neighborhood. There will be tours of the the parsonage and sales of Kahu’s watercolors as a fundraiser for parsonage improvements and repairs.

Koloa Plantation Days Parade, July 30. We will again participate in the parade. We will have a large decorated golf cart for our kupuna and those unable to walk the distance. Meet at the church at 8:30 a.m. for instructions. Kahu will drive the riders and have them in a shaded area while waiting for start of the parade. (The parade begins at 10 a.m. at Koloa School and ends at the Anne Knudsen Ballpark). Colorful attire is suggested this year as the theme is “Planting the Seeds that Nourish the Soul.”

Music Director
We are looking for a new Music Director. The position description and application for employment are found on the “News” page of our church website. Please pass along this information to anyone you know who has experience leading musical groups. 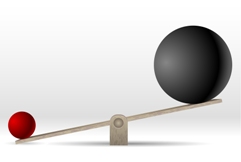 On Sunday, I read the story of Naaman, the commander of the army of Aram, Israel’s next door neighbor to the east. Naaman was a great military leader who was used to doing big things in order to get results. He had one serious problem: he had leprosy. Fortunately for him, his wife’s servant was an Israelite and knew about a prophet in Israel by the name of Elisha who could cure Naaman of his disease. When Naaman arrived at Elisha’s home, Elisha sent a messenger out to greet Naaman and tell him to dip into the Jordan River seven times, and he would be cured. Naaman was furious. He wanted something big… something spectacular. He at least wanted to see Elisha for himself and watch the great prophet do something in his presence. If he was going to bathe in a river, he could have stayed home and done that in any number of rivers in Aram! However, one of Naaman’s servants convinced him to try Elisha’s suggestion. After all, it couldn’t hurt, and they were passing by the Jordan on their way home anyway. So Naaman dipped in the Jordan River seven times and was healed of his leprosy. In fact, we read that his skin became like that of a young boy!

The moral of the story for me is that we often resist small things, including little solutions to big problems. If a challenge is big, we think, then it should require a big solution… and so, we ignore all of the little things that may work just as well, or even better!

What might be some of the little things that you might be ignoring? Is there a simple thing you can do that might help you or someone else in a big way? I encourage you to be open to the little things and just see what big differences that just might make!

I look forward to seeing everyone on Sunday!

Join us at 10:30 on Sunday mornings at 3289 Poipu Road in Koloa to hear a full sermon by Kahu Akana.